Let Us Manage Your Rental Property 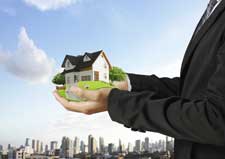 It is our mission to make a positive difference in every life we touch.  We aim to provide a safe, clean living environment for our residents and a positive impact on our customers’ bottom line. We foster a work environment of employee ownership where their value shines through in everything they do.

TLR Solutions was created to solve the pains we felt as owners. We wanted a better solution to managing the properties from placement to eviction and covering all the maintenance in between.  We wanted a system that would help us be proactive with preventive maintenance and allow the flexibility to handle emergency and routine repairs with minimum impact to our bottom line. We needed to identify and track capital improvement plans unique to each property and provide a road map to their resolution.

It took some time to come up with the procedures and processes to accomplish all that.  Our team wants to work for you. We want to learn your goals and present our suggestions to help you get there.

Inquire About Our Services 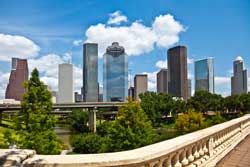 Houston was founded on August 28, 1836, near the banks of Buffalo Bayou (now known as Allen's Landing) and incorporated as a city on June 5, 1837. The city was named after former General Sam Houston, who was president of the Republic of Texas and had commanded and won at the Battle of San Jacinto 25 miles (40 km) east of where the city was established. The burgeoning port and railroad industry, combined with oil discovery in 1901, has induced continual surges in the city's population. In the mid-20th century, Houston became the home of the Texas Medical Center—the world's largest concentration of healthcare and research institutions—and NASA's Johnson Space Center, where the Mission Control Center is located. Source From Wikipedia